The past few weeks- in summary

Over the past few weeks I have been out birding, though I haven't been keeping up to date with the Blog.
There's a few reasons behind that, a) technical problems with the Laptop and b) getting around to actually doing the blog post,
So here I'm going to summarize what I've been doing over the past weeks, notifying a few of the birds and trips along the way.

Over the past two and a bit weeks I've added 2 species to my Shetland list in the shape of a Hoopoe on Unst on the 22nd of May with Jim Nangle, and a Nightingale on Noss on the 24th of May when I took a trip out there to twitch it.
Another trip to Unst on the 4th of June got me a Lifer and a few year ticks with Great Reed Warber being the lifer along with a good host a birds and I also met a South birder, Sean Gauton, all is on my most recent post found here
The year list has gone up by 16 species with trips to Unst, Noss and the South Mainland, though many more year ticks have popped up that I haven't been able to go for, Greenish Warblers, Canada Goose, Rustic Bunting, Quail, Great White Egret, Rosefinch, Nightjar, White-billed Diver, Bee-eater, King Eider, Hobby and Bluethroat, most of these mixed between Unst & Fair Isle.

Ringing has been slightly slow with the waders, Raven season is over and the waders aren't exactly in full spring with some Oystercatcher chicks and a few Lapwings, more Redshanks though, seem to be around.

So yeah its been a good few weeks and hopefully tomorrow I'll be twitching White-billed Diver so wish me luck!
Posted by Logan Johnson 1 comment:

The Great Twitch (for a Great Reed)

On Wednesday the 3rd of June, news broke of a Great Reed Warbler in a garden at Baltasound, Unst.
At the time I was preparing to take a group of my young birders around Mid Yell for a look so I couldn't get up and twitch it, though seeing Lesser Whitethroat made the day all so better and confirming a Red-backed Shrike at West Sandwick which was part of an influx that day.

That night I was able to organise a way around Unst, so the next day I headed up twitching.
After hitchhiking up north I arrived in Baltasound,

I headed into the shop to find out where Davy Leask lived as I didn't actually know where he lived so they'rd be no chance of finding my bird!
Luckily the people at the shop did know where he lived so I set off to his house, via Halligarth.
At Halligarth I spotted a car sitting around which I picked out as Robbie Brookes' car, he started turning around as I came and this bird large ish bird landed in a bush but I waited till I'd finished speaking with Rob before I checked it out.
Rob told me that the Great Reed Warbler had been seen in Halligarth in the morning but I'd be lucky to see it as it hadn't been seen since, several Icterine Warblers, Red-backed Shrikes, Quail, Reed Warbler and Sedge Warbler had also been seen around so I kept an eye out for that.
Rob drove off home and I went back to looking for the bird I'd seen fly into one of Brydon's bushes,
getting closer to the bush something big flew out and I ran back to the road.
The bird dropped down onto the ground and I waited for it to come back up, it skulkly popped into another bush and it looked big, I mean BIG, it was a light browny colour but I couldn't get an ID on it.
The large warbler thing flew into Halligarth and I followed, it was hopping around in the sycamore and the views were much better, it was the GREAT REED!! then it darted into the sycamore and another acrocephalus type thing skulked around as well.
Suddenly this car rolled up with a birder in it, he asked me if I'd seen the Great Reed Warbler, my answer was I'd just seen it! so he parked up and we started looking.
Within a couple of minutes we found the bird again in Brydon's garden, ok views were obtained before it flew off again, also a Lesser Whitethroat happened to be knocking around. 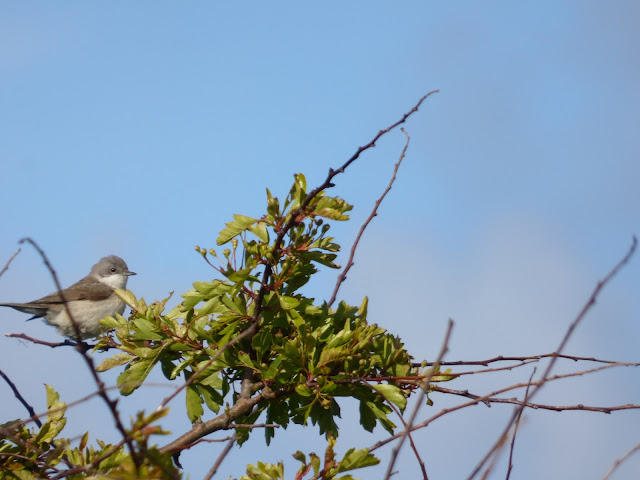 After seeing the Great Reed it flew off down the road towards an abandoned house, just as visiting birder, Ray O'Riley, appeared around the corner with his partner, looking for the bird!
So the four of us headed in the direction of the bird and it soon gave us a flyby and landed in a far away bush. 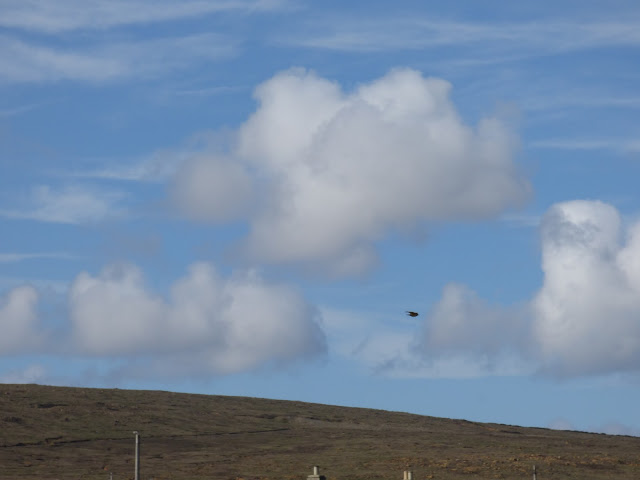 As you can see, Great Reed Warblers in flight aren't exactly the best for taking photos of

Sean and I decided we'd stick together and find the birds as he didn't know the sites and I didn't have any mode of transportation.
We spent another hour at Halligarth and it was well worth the wait, by the end of it we'd tallied up a male & female Red-backed Shrike, singing Icterine Warbler, flycatching Spotted Flycatcher, Blackcap, two Swallows and singing Chiffchaff! 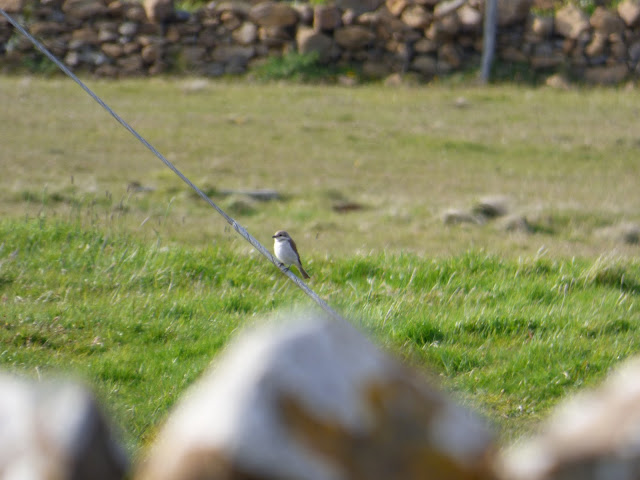 Female Red-backed Shrike, Unst tick along with most of the birds seen at Halligarth! 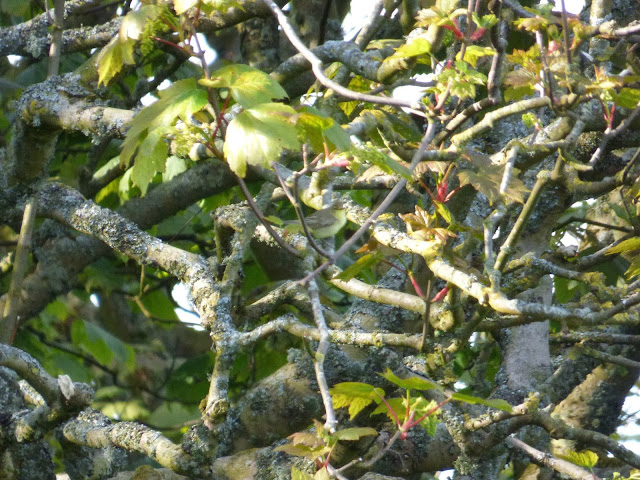 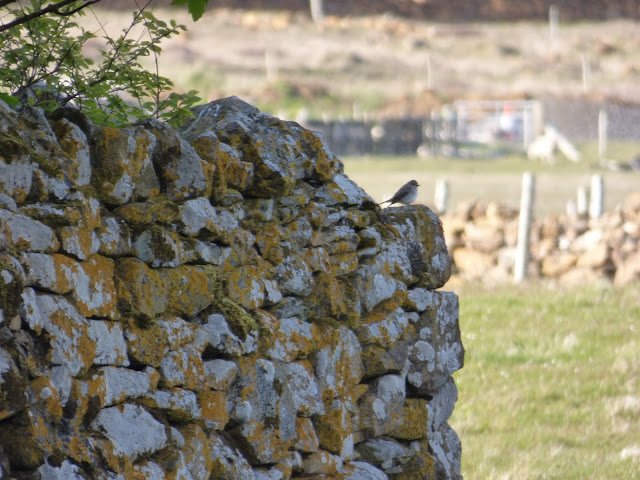 Next came the Haroldswick Pools, Ray O'Riley had told us of a Wood Sandpiper he'd found there so we decided to check it out.
It didn't take long before we found the Wood Sand but there was a good deal of things around, a Sedge Warbler was singing in the bushes, a Short-eared Owl was being mobbed by a flock of Starlings, two Garden Warblers were sitting out in the open and a Reed Warbler was skulking in the bushes!
Another good deal of time was spent watching the birds and I even managed some recordings of the Sedge Warbler song! 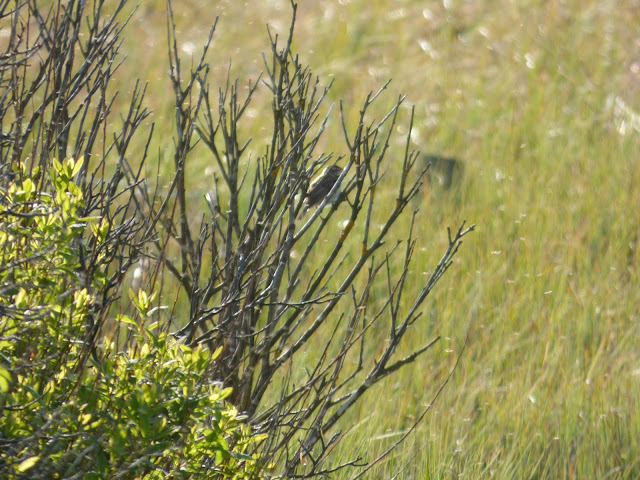 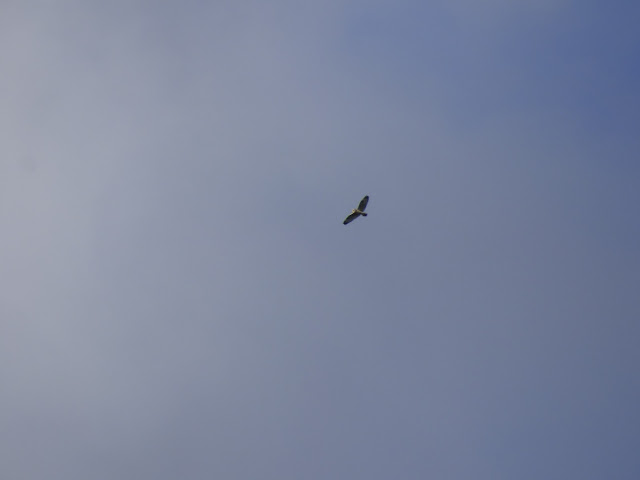 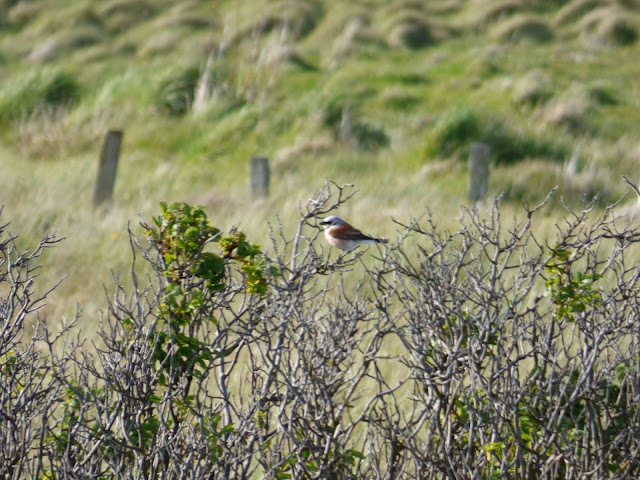 Also a male Red-backed Shrike which I forgot to mention! 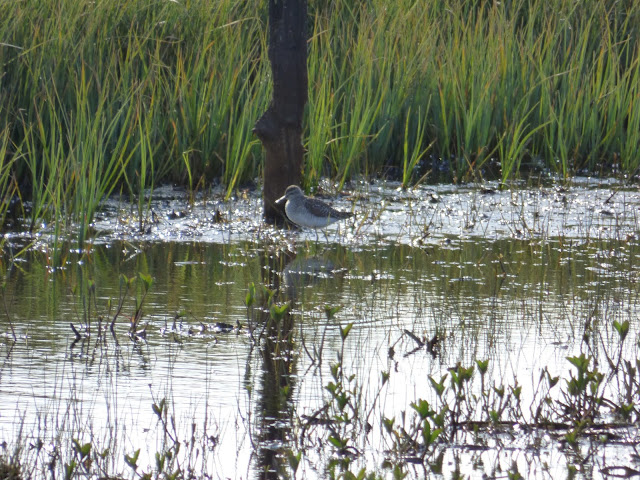 Wood Sand on the Pool 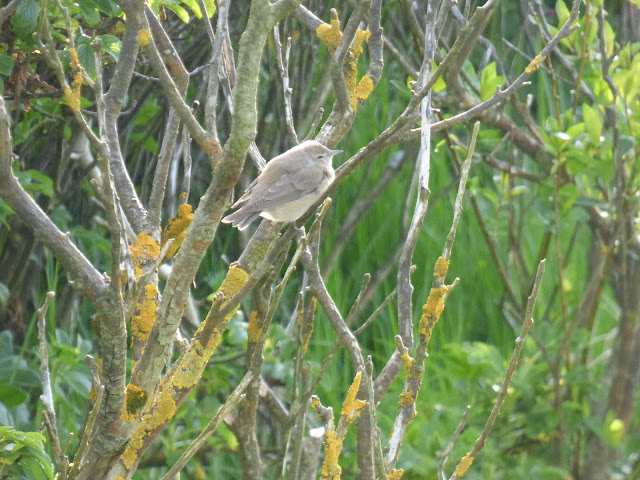 And one of the Garden Warblers

Next came Vaylie, Norwick and something odd was calling in the trees, I couldn't quite put my finger on it but I was thinking Twite.
Soon we located this odd bird, a Brambling! it was calling away in the top of a tree before it flew off.
Time was catching up with us so we headed south, meeting Hugh Harrop at Haroldswick who'd just been on Fetlar and then onto Baltasound where we tried for Quail outside of Brydon's.
Brydon spotted us and he gave us a wave over, he was just checking to make sure we'd got the Great Reed, we had a peerie chat and a cup of tea and then it was time to head to the ferry after an excellent days birding. 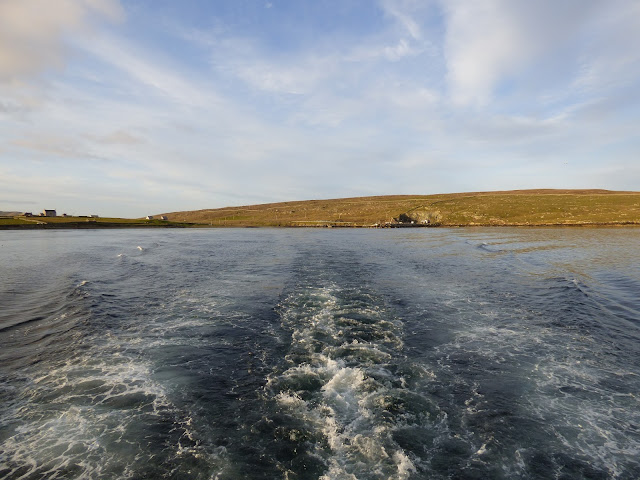 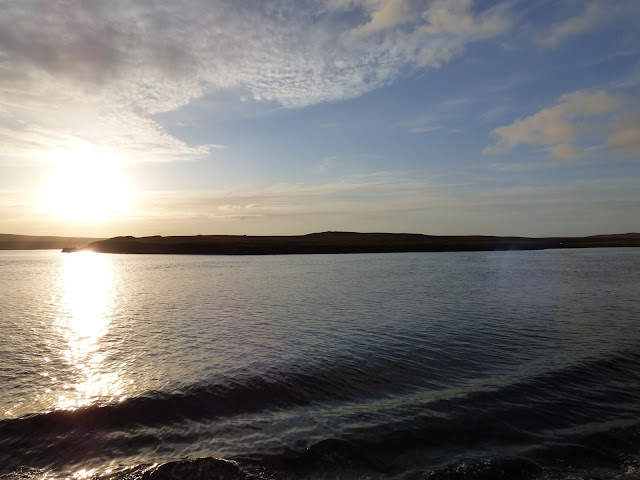 And a sunset to end it off