Twitching a Tereks and some variation

These last few days have been pretty hectic, I am in the middle of my final exams for school before I venture into the big wide world, on the other hand Shetland has just been bombarded with rarities of extreme proportion that has every lister and twitcher scrambling for.

First news broke of a Mamora's Warbler in Unst found by Dave Cooper on 14th May 2018, a first for Shetland and an incredibly rare bird in this country followed shortly by a Black-faced Bunting found by Mark Warren, also in Unst and another big British rarity. Both were found around 6pm and I was sleeping ……. typically, with me only waking up 30 minutes later and not being able to reach the 6.55pm ferry up to Yell, I was scuppered for getting up that night and would have to wait til tomorrow (neither bird was ever seen again sadly).

While further south on the jewel that is Fair Isle, another fantastic rarity was found by Fair Isle regular and rarity finder extraordinaire, Keith Pellow, at North Haven in the shape of a Crag Martin (2nd for Scotland and 1st for Shetland), but shortly after during the following morning a Song Sparrow was found and trapped by Richard Cope on morning trap rounds, adding to the crazy rarities seen over the last 24 hours.

Now comes in my tales of trying to see these rares, the day the Song Sparrow arrived (15th May) I had an exam at 1pm and so couldn't go to Unst or Fair Isle on regular or chartered flights that afternoon so banked on a later chartered flight but sadly timing didn't work out. Luckily others did get in to see these birds and hopefully they'll stick around til early next week after my exams are finished and I plan to twitch the Sparrow.

But there was still hope for me, after not getting out to see any of these colossal rarities another great bird showed up on Virkie, a Terek Sandpiper had been found by visiting birders and I was not going to miss this one, around 5pm I got a lift down with Julie Redpath and the twitch was on!

Arriving at Virkie it didn't take long before we got distant views of Shetland's fifth ever Terek Sand, within 15 minutes the bird got scared off by an Arctic Skua and we lost it at the back of the pool. Though luckily it wasn't long before my and Julie had the bird fly back in and with it eventually being within 50 metres of us.

Eventually it walked towards the back of the pool and became rather distant so we called it a day and headed back north after a very successful twitch.

Many thanks to Julie for the run! 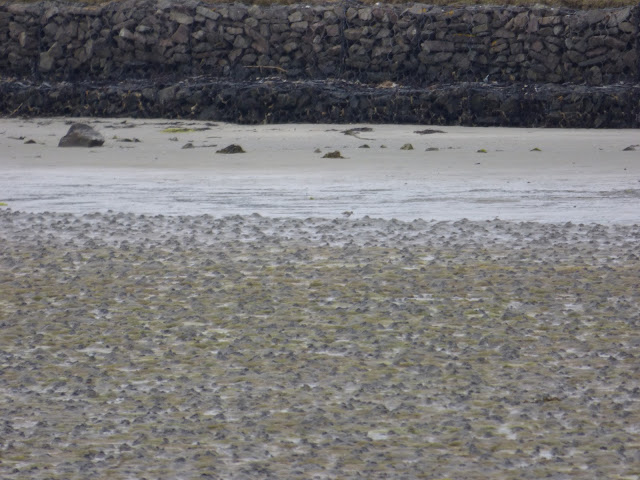 First sighting of the Terek, rather distant! 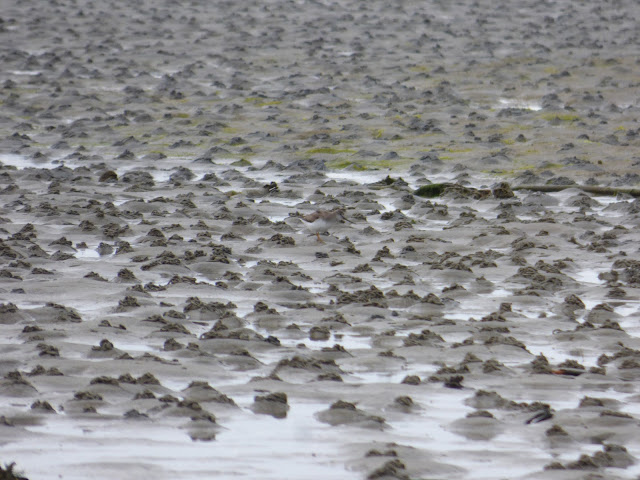 Terek Sand! my 284th bird species for Shetland and not one I expected to be seeing anytime soon

Now for a slightly different note, I've been getting interested in identifying Hoverflies in the last few weeks so here's a few from around Lerwick plus some birds I've had on the Clickimin and Seafield patch. 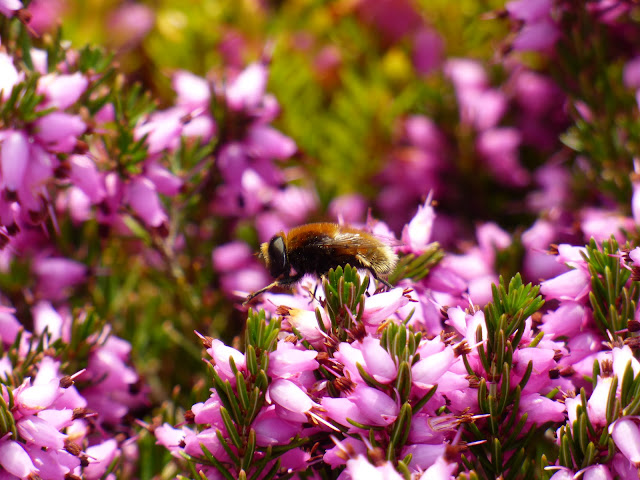 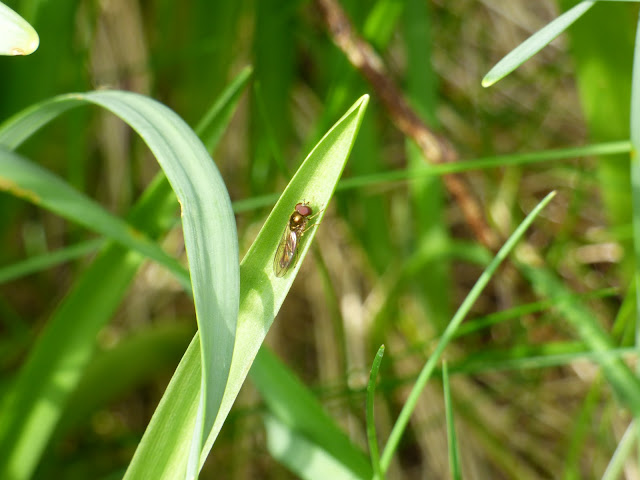 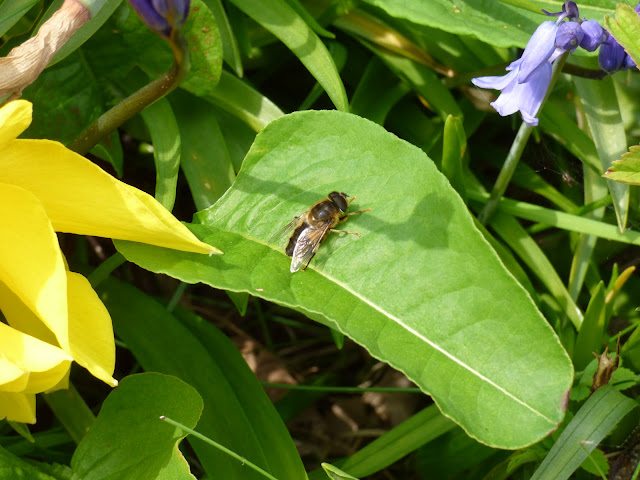 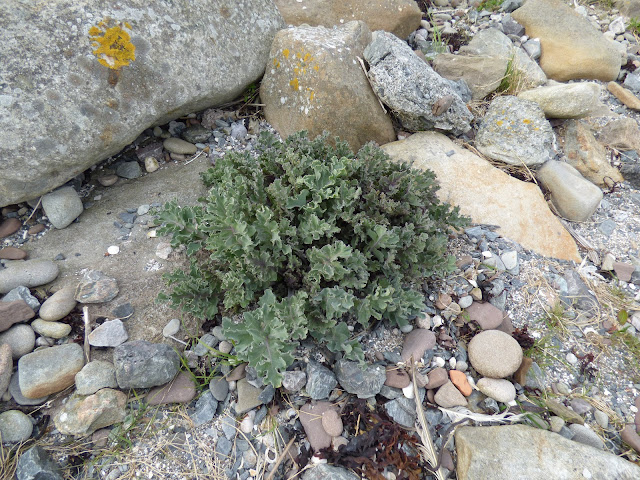 Sea Kale springing back to life once again 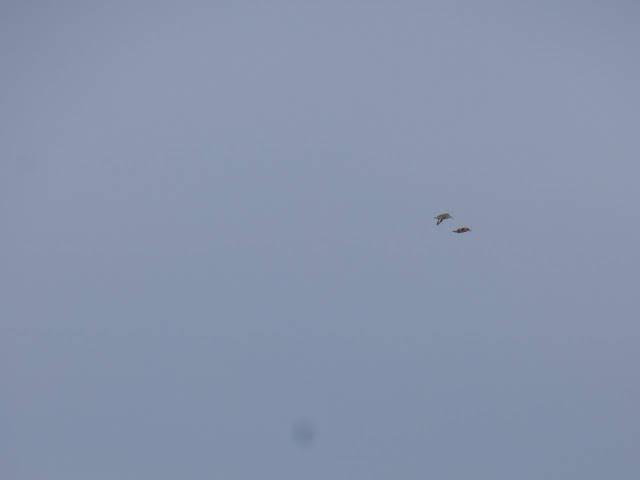 Two Knot, my first on the patch this year and a year tick 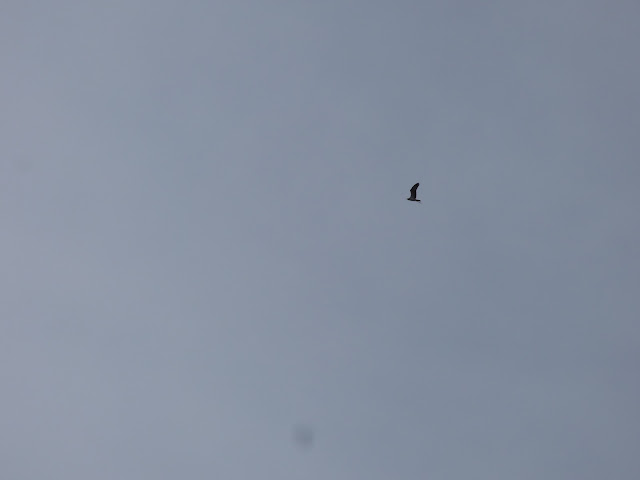 Osprey!! a stonker of a patch tick that was being mobbed by gulls over Pullar's and headed due west 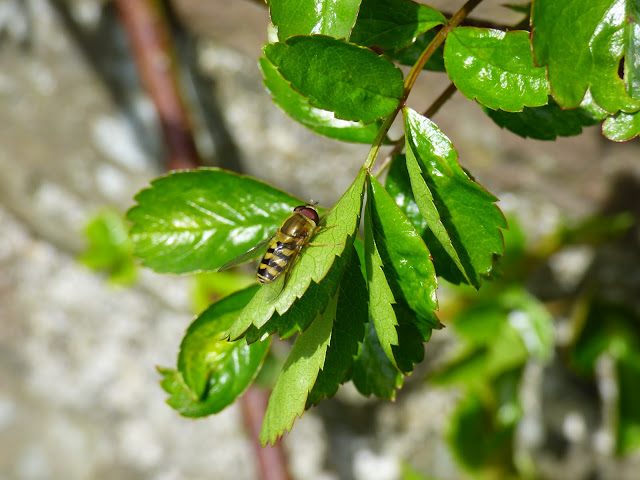 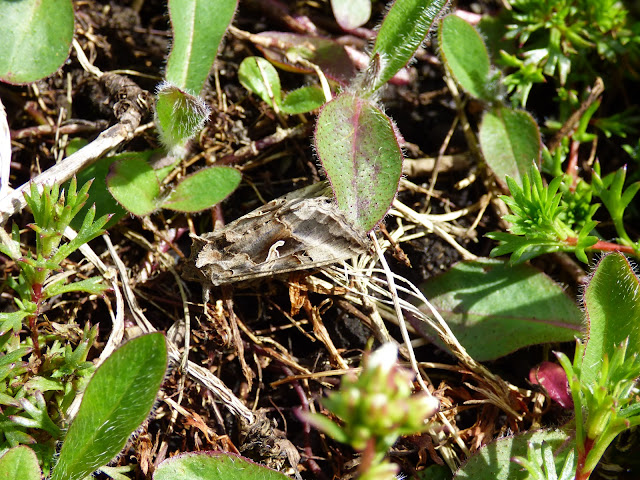 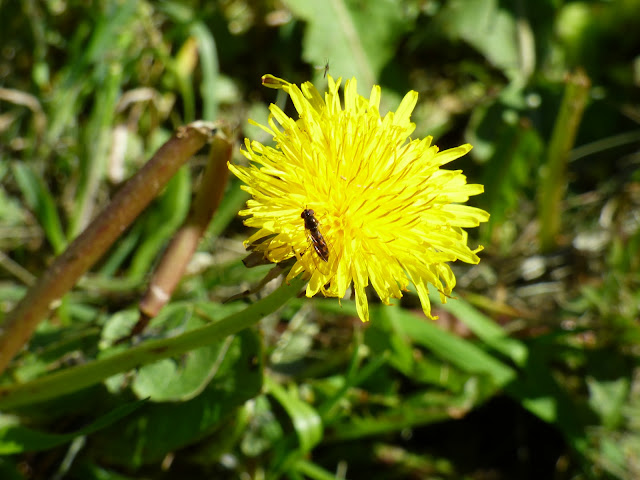 On Thursday 5th April, a Bewick's Swan was found by friends Dave Okill and Pete Ellis at Hillwell. This big white blob was the first in Shetland since 2011 when a bird was at Northdale, Unst for a few weeks.

This was a potential tick for us so Tommy and I decided to have a twitch the following day for it. Arriving at its last known site of a park west of Ringasta, we were greeted by a group of about 15 Whooper Swans, we were a good distance away from the birds and even a scope would of struggled with the distance so we were stumped on trying to get an ID. After 30 minutes we gave up and hoped that it wasn't in the flock and was instead at Hillwell, 3 swans were on the loch and another flock of 6 were up by the road in a newly plowed park. A quick scan of the 3 brought up no Bewicks and so the park birds were next.
I scanned them from right to left and the last bird hit me like a brick, it just screamed Bewicks at me, we'd found the bird! The camera came out and we both rattled off a few shots before just taking in the swan for a good while. 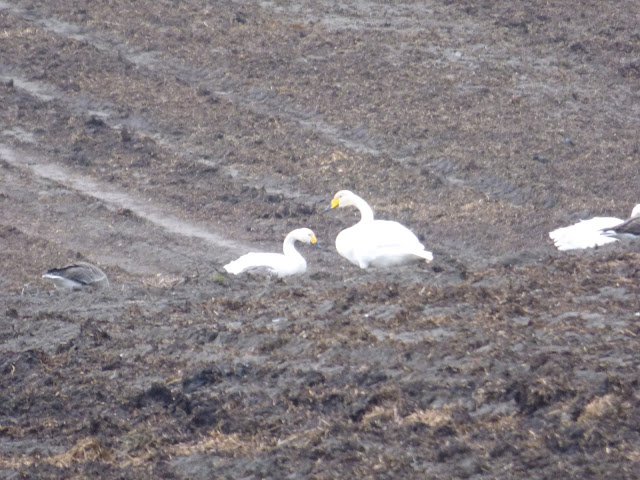 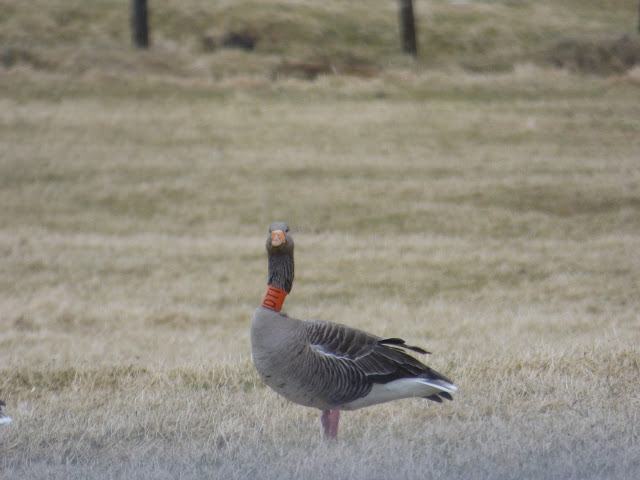 Moving on to Spiggie we had a hunt for the wintering Pied-billed Grebe, after a brief look Tommy spotted the bird in the NW marsh, it was looking rather splendid in its new summer plumage. 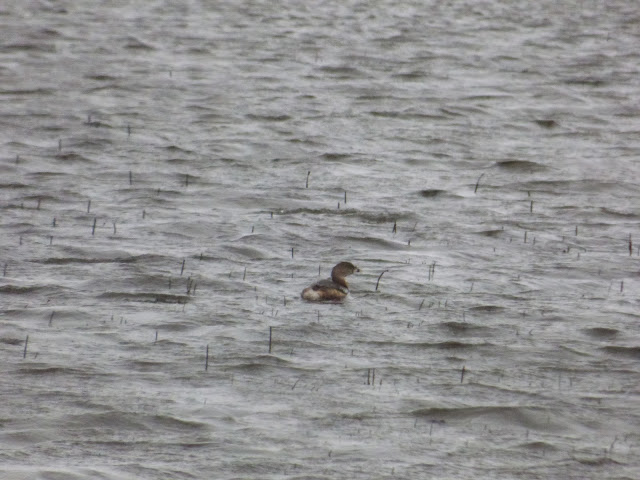