On the 31st of March 2016 (almost a month ago now!) I cycled to the island of Fetlar from Yell with my friend Jack with the intention of going to see a Tree Sparrow at Funzie (pronounced finnie) on the opposite side of the island.
We set out quite early, getting the 10 ish ferry into the island before spending our day cycling across it.
First thing I spotted coming off the ferry was a Glaucous Gull at Oddsta! (the old ferry terminal), this was a welcome surprise and also an island tick. 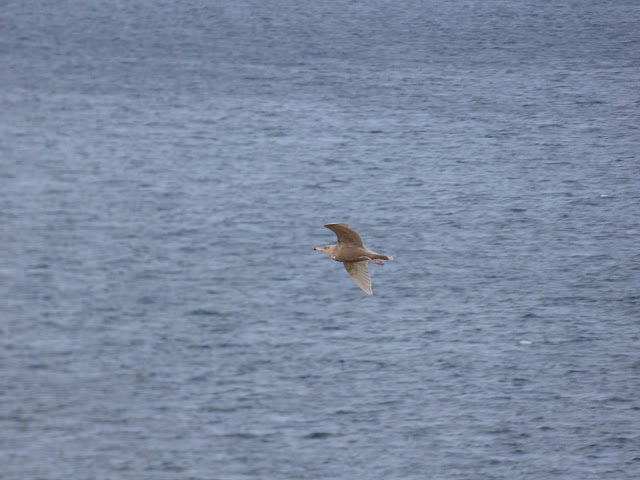 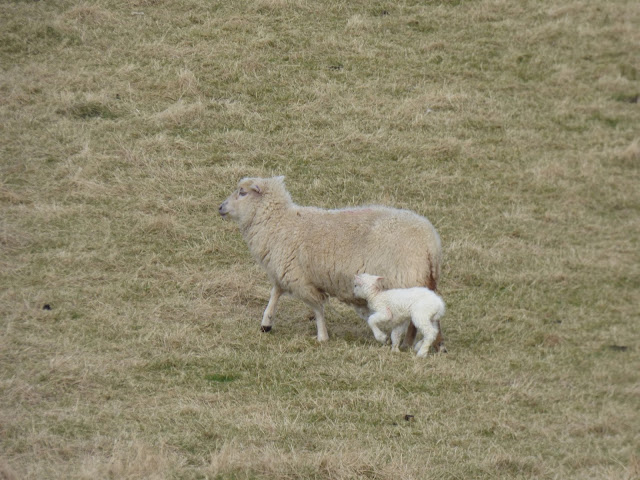 First stop was the Houbie shop for some supplies but we happened to arrive on one of the few days the shop is shut! so we just enjoyed the sunshine instead for a bit. 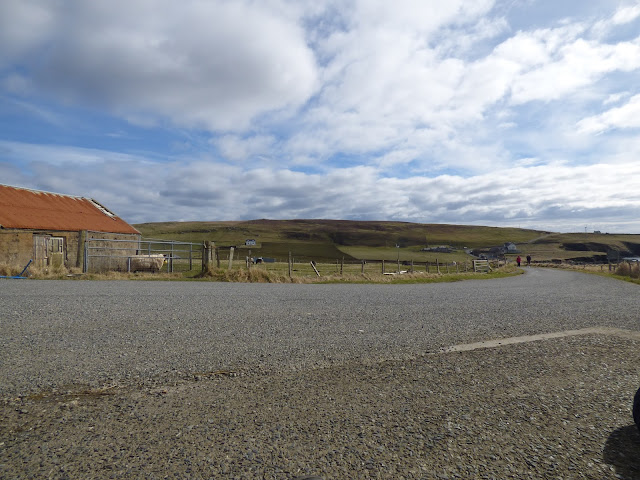 The view from the Houbie shop

Next it was time to head further east and we stopped at the Fetlar Hall to look in the bay, there was plenty of Tysties but few other birds in the sea, the real highlight was us finding a female Blackcap! only the second of the year and a yeartick! number 99 and one bird off the 100 midway point for my year target.
A few more stops between Houbie and Funzie but we arrived to Andy Cook's Croft to hunt for the Tree Sparrow (Andy having kindly given me details of where to find the bird), a flock of House Sparrows was checked but half flew off before I could get a definite ID but hope soon came when I raised my bins to the Tree Sparrow feeding on the ground around 40 metres away! number 100!
I couldn't manage any photos but we were soon off back across the island, in total it took an agonising 3 hours for me to cycle back home when it should of taken under half of that.
But nonetheless it was a great day and thoroughly enjoyed!
Posted by Logan Johnson 4 comments: