A day in the life of a trainee

A quick piece here that I did for the Grampian Ringing Group after a day out on the 11th of November 2018 ringing finches, tits and chasing Waxwings in Aberdeen.

Original Post Below
On an unseasonably warm November morning, several members of the group braved the darkness to head out to the finch ringing site at Girdleness, Aberdeen City for the final finch catching of the autumn.


After setting up both the finch net and starling net, with different foods, the usual waiting game ensued. 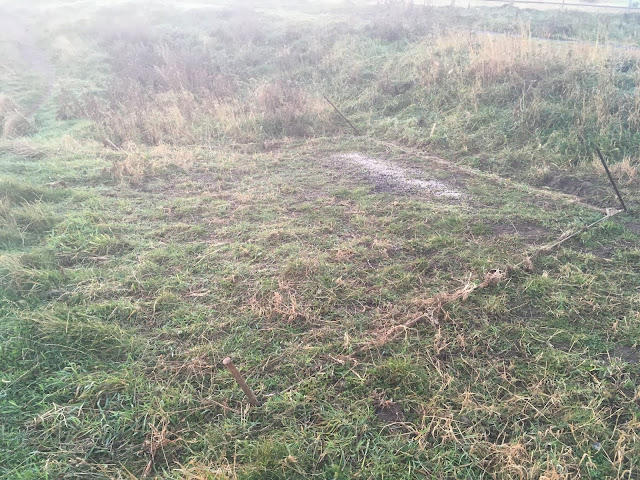 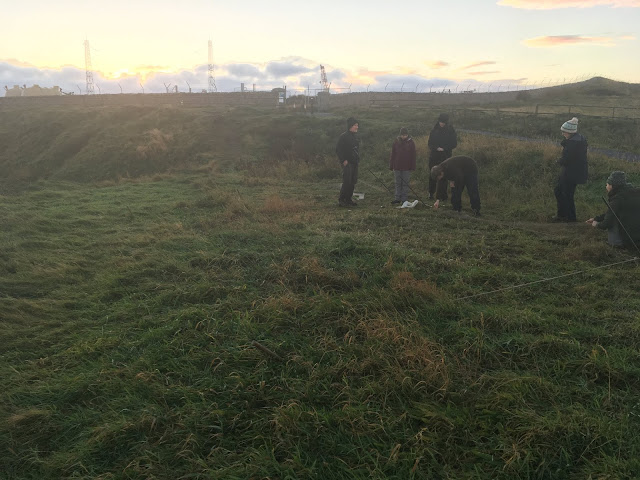 
After a few flocks of finches came and went our luck finally struck and a flock of linnet came down and we were able to capture them. After extraction was complete there was 15 finches all nicely in bird bags. At the end of the session we had ringed a total of 6 new linnet and retrapped 2 goldfinches, and another 7 linnet from previous sessions this autumn.
The second ringing session of the day involved some titmice ringing at some bird feeders in the Cruikshank Botanical Gardens in Old Aberdeen. The site seemed promising on arrival as the place was busy with coal tits (with a few great & blues thrown in). The next hour of the nets up proved to be a productive one and to end our catch, we'd managed a grand total of 63 new birds (24 blue tit, 24 coal tit, 14 great tit & a robin) and single retraps of coal & blue tit. However this session was particularly special for myself as I handled three new species in the form of coal, great and blue tit. For someone who has been ringing for several years, it would come as a surprise that I hadn't come across these species before but coming from Shetland we don't have many of these peerie fluffballs and usually, when they do show up, it ignites a twitch! 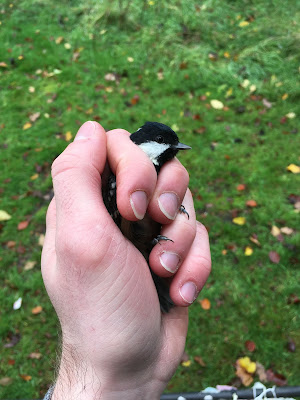 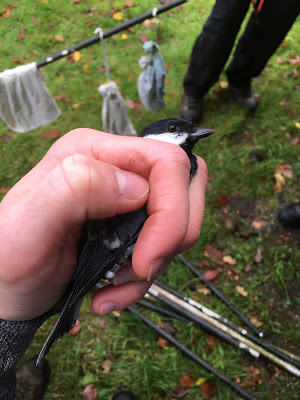 Blue tits, however, were a species we were particularly interested in (not something people say very often!) due to a new national moult project that GRG has joined, that looks at the post-juvenile moult of blue tits. This project aims to give us a better understanding of how juvenile blue tits moult their feathers and allow for another piece of the moult cycle puzzle to be solved, more information can be found in the Autumn issue of the Lifecycle magazine. As the gardens seem to have a decent number of blue tits, it will probably see us returning for a few more titmice sessions in the coming weeks and months. 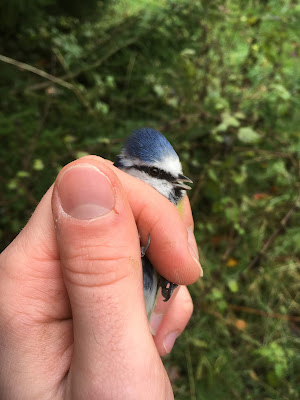 For the final ringing session of the day we decided to cross the River Dee and head into Kincorth to locate the local flock of waxwing which was numbering over 100. In previous winters the group has colour-ringed many 100s of waxwings and contributed to our understanding of their movements through the UK during irruptions (see our previous blog posts). Arriving on the site, we set up a couple of mist nets, which hopefully would get us a few of these Scandinavian visitors. Over the space of the next few hours, the waxwing flock did several pass overs and at one point came as close as to land in a large tree near to the nets, but unfortunately never close enough to catch. The group will undoubtedly be trying again to ring waxwings if they stick around for the winter, there's enough berries in the area so only time will tell.