Earlier last week (Wednesday 16th of January), I headed down to Girdleness (Torry, Aberdeen) to try and get some Shag rings on the outer breakwater.
Safe to say after 2 hours I was pretty unsuccessful with virtually no Shags since and no rings read so I packed it in and headed off back into the centre of Aberdeen.

On my way back I happened to stop and check a few of the Gulls around a local Salmon smokers and safe to say it was a good idea! I managed to spot a metal-ringed Black-headed Gull waiting around for a chance at some grub so I decided to try nab the numbers of it.
After many photos and a few precarious positions on the road I managed to grab enough photos to piece together the full number. 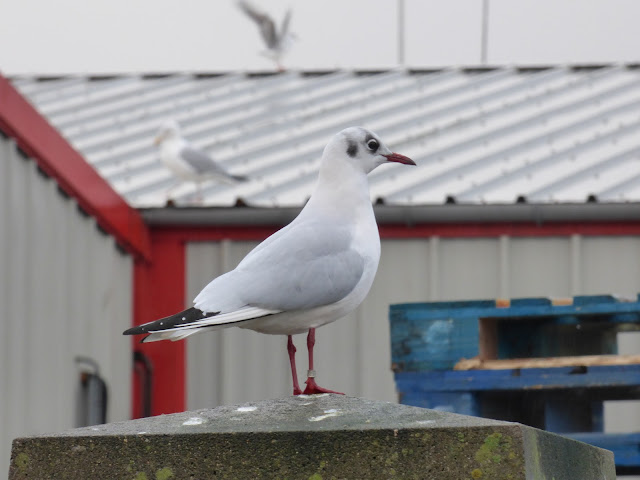 This first individual probably took the most work into reading the ring number but luckily he was quite tame. This bird was originally ringed at Grantown-on-Spey in the Highlands on June 2018, a distance of 96km.

I'd just finished looking at the metal ringed bird when a rather well developed bird going into summer plumage flew by, with a yellow darvic ring! The camera was out again in a flash and I rattled out a flurry of shots on the ring allowing for the code to be quickly established. 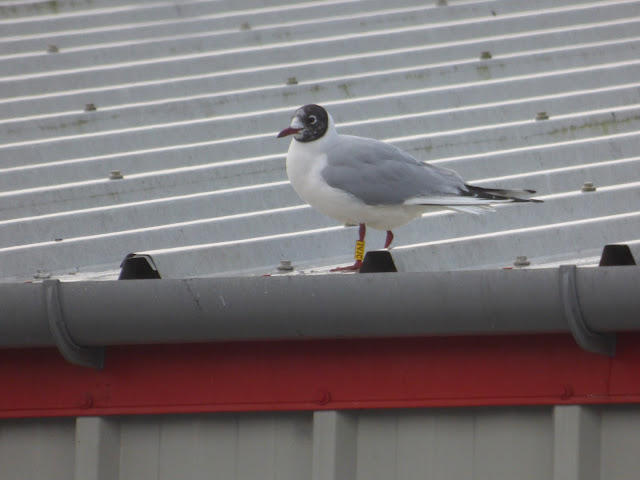 Yellow 2VJC is a Black-headed Gull colour-ringed locally @ Forvie NNR at the Ythan Estuary by Grampian Ringing Group in 2014, making this bird around 4 years old.

Happy with my discoveries I headed off back to the city centre to get a few things before going home, on the way I stopped at Victoria Bridge, the link between Torry and the rest of Aberdeen, where there was at least 100 gulls feeding on the dropping tide, so I scanned them for any colour rings. The first flock that I scanned was mainly Black-heads, and there was one individual with a rather large white patch on its leg that caught my eye.... After a few shots from my camera I'd clinched a good enough photos to get a code off the Black-heads colour ring! in the field there was something about its metal ring that caught my eye, it seemed noticeably larger than the ones you usually see on British ringed birds, sometimes the European ringers use bigger rings on their birds so this had me thinking this was a potential European visitor. 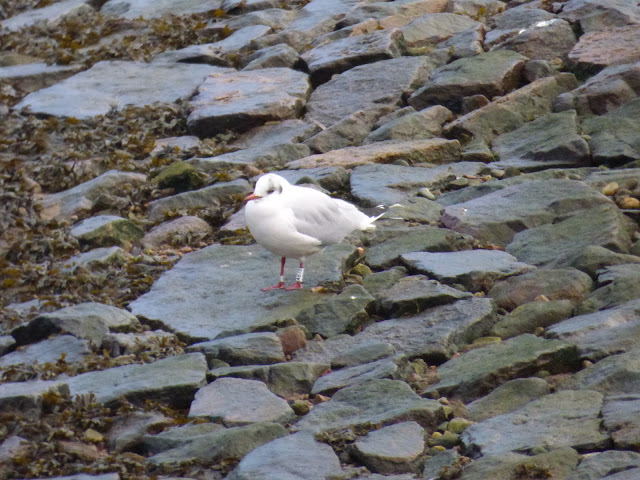 Most certainly the farthest travelled bird of the trio, this beauty was initially ringed in Helgoland, Germany in 2013 and has been wintering in this area of Aberdeen ever since! this find was also my first foreign recovery of any bird. However a Brambling retrap from Norway that we caught two days later was quickly my second!


The rest of the nearby gulls were checked for rings but nothing was found so I packed it in and headed home.